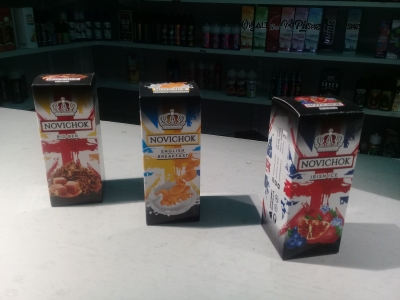 The line from the Western media at the moment seems to be that Putin ordered the poisoning of Navalny with Novichok. For example, this piece in The Guardian.

Luke Harding is not credible. However this story is widespread; here is the Independent’s version.  The sub-heading of the story makes it clear that Putin was responsible: “The poisoning of the Russian opposition leader with Novichok shows just how much he is feared by the Kremlin”.

The piece in the Independent is an extraordinary exercises in delusion. It assumes that Putin ordered the “assassination”. (Though it qualifies this by the suggestion that maybe someone did it to please Putin). No evidence at all is supplied for this. (It is worth pointing out at this point that the recipe for Novichok is well-known around the world) [3]. It characterises Navalny as Putin’s “rival” – which is absurd. Navalny doesn’t even have a coherent political programme; he is an “anti-corruption” blogger. It is also an exercise in circular logic. That Putin poisoned Navalny is proof that Navalny is a big threat. That Navalny is a big threat means it must be Putin who poisoned him.*

It appears that the Western media has swallowed their own propaganda about Navalny and now believe it to be true. In reality; Navalny has a high-profile in Russia but his support is limited to a few major cities and then to a specific section of the population;  young middle-class people. Especially school-children.  When he did stand for office, in the one place and for the one post he had a realistic chance of winning, the Moscow mayoralty, he came second by a long margin. [1] The game between Moscow and Navalany is well-established. He tries to get arrested and persecuted to create a scandal in the media. The Kremlin tries to deny him the oxygen of publicity. Navalny is a pain in the neck to the Kremlin, nothing more. He was being successfully contained by a policy of denying him the oxygen of publicity.

The Kremlin poisoned Navalny with just the right about of novichok to render him ill but not dead, so that he would be transported to Germany for the novichok to be discovered – thus sending the necessary “message of menace” (presumably to the protesters in Belarus and other ‘opposition’ figures). They did this even though this would give Navalny exactly what he wants – a huge piece of publicity. They did this even though it was predictable that this would place the extremely important, politically and economically, Nord Stream 2 project at risk. Not only this. Following the sanctions imposed after the reunification with Crimea in 2014 the volume of trade between Russia and Europe fell substantially. But over time since then it has started to grow back again. [2] Again; the supposed attack on Navalny jeopardises all this. And they put all this  – the economic development of the country (on which, ultimately, the hold on power of Putin and United Russia depends) – at risk to send some kind of a message to the protesters in Belarus?

That this is seriously being considered by the Western media shows just how weak their analysis on Russia is. If it was just the media it wouldn’t matter. However; it is likely that this line is being fed to the media by British intelligence. And it is worrying that British intelligence is so far adrift on their analysis of what is happening in Russia.

*As a footnote to the Independent piece. The author admits that Navalny is “hostile to immigration” but then tells the lie that this is like “virtually every Russian figure on any part of the spectrum”. Not so; Navalny wants to change the current lax Visa regime of “Putin’s regime” which allows Visa free entry to people from some Central asian states (and easy access to a Work Permit for people from non Eurasian Union countries) and introduce a Visa regime. It is a substantial policy change and one which is a long-way from “progressive”. It is not just a little ironic that the hero of Western liberals in fact is in favour of controlling immigration whereas Putin has a liberal and open-door policy.

EFL Teacher and Photographer View all posts by justinwyllie